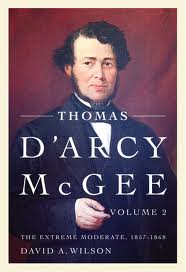 Or, well, he Irish-traditional-musics... if we can make that a verb, and have it sound sort of as good as 'he rocks'. Kind of.

That's right: I'm talking about the historian David A Wilson, the professor of Irish history at the University of Toronto and the author of, most recently, the two volume biography of Thomas D'Arcy McGee.

Wilson writes splendid prose, and he's a gifted historian. I had heard, though, that there was a musician behind all of this. It was no secret. To publicize the McGee biography he had toured with a band, performing music, and doing a show all about this complicated Irish-Canadian father of confederation. I just hadn't witnessed it personally.

Last night, I witnessed the man in action when he came to Peterborough - speaking and playing on Irish music. An excellent show/performance/talk all around. 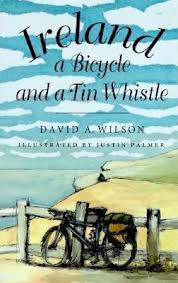 He also read from a book that I can best describe as an even better version of a Bill Bryson travelogue. Check out the very, very funny Ireland, a Bicycle, and a Tin Whistle.


Posted by Christopher Dummitt at 16:57