It generated some heated response including a nice letter to the editor (and on her Facebook page) from Professor Tillotson. I once took a whole course at Carleton University on the history of underdevelopment in Atlantic Canada. Shirley's post reminded me of some of what I'd learned back then. I thought it was worth reprinting here. Here she is: 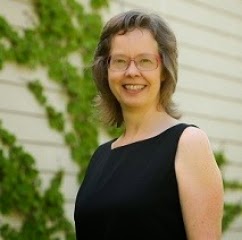 I've joined the long tradition of Nova Scotian political economists explaining, again, patiently, to a well-meaning Ontarian, that he has missed some key facts of our common history. Let's see how much, if any, of the following (much condensed already) letter makes it into the Globe. I've missed Monday's deadline, and the discussion may have moved on by Tuesday. Anyhow, here it is:
Re: The Incredible Shrinking Region. John Ibbitson admonishes Maritimers for clinging to the idea that “state intervention” is useful. His history of the Maritimes’ long economic decline puts all the villainy in the hands of earlier, activist governments. He advises us in the Maritimes to change our idea of what Ottawa and governments can do, presumably so that we will be like the “have” provinces. But what the “have” provinces have in common is not an idea about government. What they have in common is massive endowments of currently lucrative natural resources.
So let’s look again at the role of the state in our economic history. In 1867 and the decades after, Maritimers knew that the massive public spending required to create a resource infrastructure in the west would be paid for by public revenues raised in the east. It was inevitable that the newer, and ultimately bigger, provinces would come to have comparatively vast public revenues derived from natural resource taxation. And, with Confederation, Maritimers would lose their main revenue source, customs duties, to Ottawa. But Maritimers invested in the transcontinental vision. In exchange, they were promised annual grants from Ottawa. These were part of the Confederation deal. The “subsidies” of the 1950s were not new, invented by the activist Keynesian state. The equalization formula was just a more flexible way of delivering on the Confederation promise. Another way was the enshrining of equalization in the 1982 Constitution Act. Much has changed since 1867, but what remains constant is that Canadian governments, provincial and federal, have a role to play in fairly distributing the nation’s public revenues.
Shirley Tillotson
Department of History
Dalhousie University
Posted by Christopher Dummitt at 11:42