John Ibbitson on the 'Laurentian Consensus' 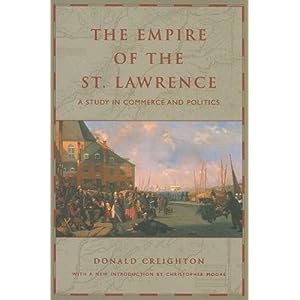 I have just read John Ibbitson's long essay on the fall of what he calls the 'Laurentian Consensus' (published online at the Literary Review of Canada site here). It is, essentially, an argument that the 2011 election mattered in a historically significant way - that it represents a shift in the political nature of the way the country is governed.

He seems good on the last five years and the current mood of the country, but his ideas about the Laurentian elite seem to simply echo the Conservative Party rhetoric on why one ought to vote Conservative. In other words, they pick up on a few facts and then shape them in such a way as to make those who oppose them part of a cultural elite of snobby, CBC and arts loving folk who don't buy enough double-doubles at Timmies. I noticed that he was also taking an uncharacteristically sceptical line on robo-call. Is he trying to cosy up to the Conservatives? Trying to win some favour so that those in the know will start talking to him?

He does wonder about the origins of the term Laurentian consensus. If he's looking for an answer, my guess is that he (or someone else) picked it up from the idea of the Laurentian thesis of Canadian history associated with, amongst others, Donald Creighton. Take a look at Carl Berger's classic book on the writing of Canadian history for a deeper explanation.
Posted by Christopher Dummitt at 11:52