Globe Drive does history, sort of... 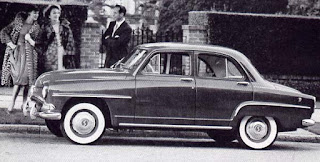 Here's a version of history from a little article/quiz in the Globe Drive section. Who says there's nothing to stereotypes?

The full article is here. But here's the section you might find funny:

7) In what decade did you first get your driver’s licence?
a) The 1930s. I drove down to the office and gave the guy a bottle of Canadian Club. Then he gave me my licence.
b) The 1950s. I went to office and swore not to be a communist or engage in creative thought. Then they gave me my licence.
c) The 1960s. I had it handed to me on a silver platter, like everything else.
d) The 1970s. You had to go to the office and say, “Disco sucks.”
e) The 1980s. I did a line of coke with guy at the Copa. Turned out he worked at the Ministry of Transport. It was excellent.
f) 1990s. I had to give blood and a urine sample. Then an MRI and a personality evaluation. Then I was on triple double secret probation for seven years.
g) 2000s. I currently have a Learners Level 3 Probationary Permit, which allows me to look at cars. I’m hoping to get my Learners Level 2 Probationary Permit next year, which will allow me to drive if I’m accompanied by three adults and an over-bearing step-parent. If all goes well I should get my full driver’s license by the time I’m 65.
Posted by Christopher Dummitt at 10:18