Who is the real Assassin? 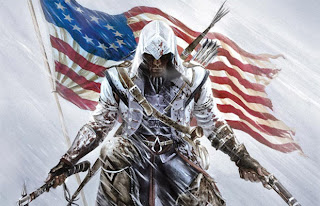 Why did the Globe use editorial space to attack a video game? Have we gone back to the 80s where Space Invaders and Pacman are going to destroy the souls of children? No, it turns out it's more about national history.

Tom Peace writes a thoughtful piece over on Active History about the Globe's attack on the video game Assassin's Creed III. And, in one way (though not in others) he matches what Jack Granatstein has written in the latest edition of the Dorchester Review in an essay titled 'Harper, History and the Historians.' (alas, not online) Granatstein strikes a more sympathetic tone, but doesn't leave Harper unscathed. He also picks up on Peace's point that if you are going to say you want to celebrate history, then this requires supporting the institutions that facilitate research. You might not always like what the researchers find, but it's the institutions - the archives and libraries - that really matter.

Without them, we're stumbling in the dark, fumbling for light switches, and jumping at shadows.


Posted by Christopher Dummitt at 10:47