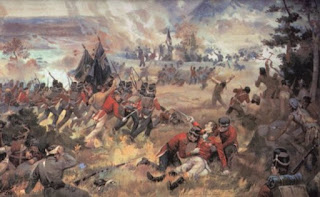 There's been much ado about Conservatives and Canadian history since last week's announcement by the House of Commons Heritage Committee that it was going to investigate the way Canadians learn their history. Probably the best summary of where we stand right now is in this CBC story.

Colin Horgan's piece at ipolitics was probably the best assessment of what the Conservatives might be up to. Emmett Macfarlane also had a sophisticated take on the merits of an investigation in the Globe.

Having said all of this, it might also be that we are thinking too much about a coordinated conspiracy. It might be that the inquiry has a good deal to do with one Conservative backbencher, Paul Calandra. And his approach might not have been the wisest, certainly not for Conservatives trying to hold on to their seats in Quebec. In many respects, it is an odd thing for the Conservatives to do. This is a party that is altogether Mackenzie King like unambitious in anything to do with provincial jurisdiction.

At any rate, I published my two cents on the issue in the Ottawa Citizen today which you can read here.
Posted by Christopher Dummitt at 10:53