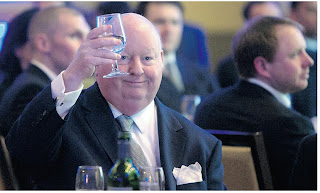 Populism offers such easy solutions. Scandal in the Senate? Get rid of the bastards! Abolish the whole thing. It's an easy, tempting solution. No wonder political parties of the right and left (and more than a few Canadians) make this kind of argument.

The Duffsterbucks scandal certainly isn't anything new. Set aside the fact that he seems to have essentially stolen $90,000 from Canadians, and then paid it back with someone else's money, thinking this would make it alright. Hard to set aside, but let's try for a moment. Even then the case of Duffy is another example in a not at all venerable tradition of party hacks enjoying the perks of the senate and doing party business at the public's expense.

That isn't the whole of the Senate, though. There have always been good Senators and the Senate itself has always done what good houses of parliament ought to do - carefully review legislation. This is boring and dull work, a truly thankless task (and not as some have called it a la Duffy, a truly taskless thanks!).

Perhaps the best case for what the Senate could be and can be is the example of Eugene Forsey. His daughter Helen Forsey has written two stellar essays in The Hill Times reviewing debates about the Senate and what should be done. Alas, they are behind a paywall but if anyone wants a copy I would be happy to send them along.

The gist of it comes down to this great Forsey line:

Christopher Moore had a good piece on his blog about the ineffectiveness of the Senate and why that was meant to be. I'd suggest anyone who truly wants to understand the Senate's origins read this section of his great book 1867: How the Fathers Made a Deal.

Until then, dare not to be populist. Give the Senate a break, and encourage good modest reform.

As for the PMO, that's a very different matter....

Posted by Christopher Dummitt at 10:27