A Sneak Peak at the New Museum of Civilization 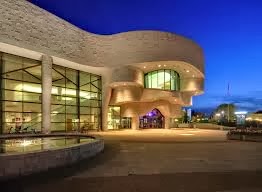 The renaming and rejigging of the Museum of Civilization in Ottawa has managed to offend many  in Canadian history circles over the last year. Many are sceptical about the reasons it is being changed to the Canadian Museum of History.

Even former director Victor Rabinovitch spoke out publicly about the change. He linked it to what he called "'the Harper-Kenney vision of Canada as a land of victorious armed forces, brawny resource extractors and compliant monarchists.”

Today the Ottawa Citizen has a story from Don Butler giving us a first sneak peak into the main hall of Canadian history. See the story here for all of the details.

According to David Morrison, head of the museum's team putting together the hall, the main themes to be addressed are aboriginals and their relations with European settlers, French-English relations, and immigration. He talks of how “There is a sort of a backbone to the hall of political history, but most of the real content is the consequences of political history...What did this mean to ordinary people?”

We won't know what it will actually look like for a while. I'm sure some will be critical no matter what. But honestly the framework, on the surface, seems ho-hum, as expected. No conspiracy. No massive exclusion. Just the kind of Canadian history you would teach in a general survey.

Posted by Christopher Dummitt at 11:36