Last Friday I wrote a short op-ed about the Senate scandal, essentially saying that all of the parties can learn something important from the history of political scandal. The short version of what I said was this: 'scandals don't last'.

Over the weekend, the Conservative convention showed me that, in at least one respect, politics doesn't change.

In the op-ed, I talk a bit about the King-Byng controversy of 1926. (see note below) Most people forget that King's government actually fell because of a political scandal - the Liberals were 'on the take' in Montreal, skimming money off of bootleggers who were themselves feeding prohibition-era thirsty Americans. But all of this was forgotten in the election of 1926. King essentially found a wedge-issue in the constitutional issue that became the King-Byng controversy. 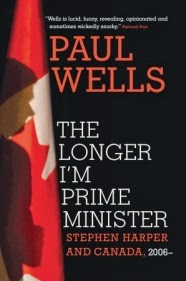 I can't help but think, as John Ibbitson also writes today, that the Conservatives on the weekend were trying to do essentially the same thing with public sector unions and pensions. If the opposition parties are smart, they won't take the bait. This would have to be, for them, a 'shield issue' not a 'sword issue'. These are the terms that Paul Wells shows, in his new book on Harper, that the Conservatives use - that is, shield issues are those that they can't win on, they can only defend.  Bashing unions is a classic sword issue for Conservatives. They are trying to switch from the scandal, on which they can only defend, and ineptly at that, onto something that they feel much better about.

Good to see that lessons from long ago King-Byng are still useful today. History really can teach you things.


Note: I was going to link to the Wikipedia entry for King-Byng just to give some general info but when I went to it I found that it repeats a bunch of folklore/myths about the scandal. It gets some of the details right, but leaves out a good deal of important issues.

Posted by Christopher Dummitt at 12:37