Patriotism for the Wealthy 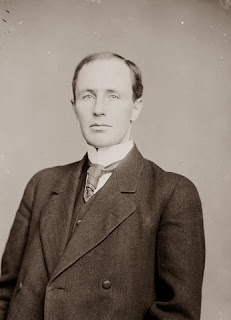 Arthur Meighen's descendants are in the news today, and probably not happily so. CBC is reporting about a lawsuit that pitted different family members against each other from 2008 to 2011. It all had to do with the money in the Arthur Meighen Trust.

After Meighen left the Senate and was defeated in a comeback bid to reenter the House of Commons as prime minister in 1942 (much to the relief of Mackenzie King who feared having a decent opposition leader, capable of tearing him apart in debate just as the conscription debated threatened to tear the country apart), Meighen went back to Toronto and became rather wealthy as the head of an investment business. He later set up the trust under his name to provide money for his descendants after he died.

Families don't always get along.

The CBC came onto this story as part of its own investigation into offshore tax havens - the far-sighted and generous way so many wealthy Canadians ensure that they don't have to support our country and our government any more than they absolutely have to. Patriotism for the wealthy - diluted because otherwise they would just be so overcome with devotion - financially verklempt.

Documents submitted to the courts as part of the lawsuit allege that some in the family funnelled money through complex offshore investments so as to avoid paying taxes. In the midst of all of this, some in the family felt that they were being left out. The case was settled out of court and none of this was ever settled in court.

Perhaps most strikingly, the documents allege that the scheme to get the funds out of the country was put together by a man named Jim Love. Alas, if the documents are true, Mr Love would seem to have been struck by a particularly hard case of patriotism for the wealthy. You see Mr Love is also the chair of the board of governors at the Canadian Mint. That's right: the man in charge of making Canadian money. He's also allegedly a strong Conservative and good friends with Finance Minister Jim Flaherty.

I don't know what to say. I'm overcome. I'm… verklempt.
Posted by Christopher Dummitt at 13:15