A very useful post over at Active History suggests some reading people can do if they want to put the Idle No More movement into a historical context.

This is an interesting, and good, idea though I wonder how much time people genuinely have for this kind of thing. That is, I spend a good chunk of my life reading and even I couldn't imagine fitting in some, let alone all, of these books. (Luckily, I've already read some of them) 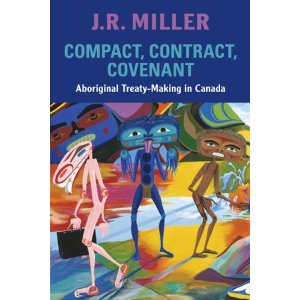 More importantly, though, the post implies that the real problem is one of ignorance. People just don't know enough history. Far be it from me to suggest that many Canadians are thoroughly immersed in their history, let alone their colonial history, but I do think this isn't quite right. It seems more accurate to say that, even if many non-aboriginal Canadians read all of these books, they still might not go along with much of what lies behind the Idle No More movement. There are fundamental disagreements over what the Canadian nation means, about individual and group rights, about how treaties should be interpreted now, etc.

I'd suggest, instead of the long and good list over at Active History, instead that folks read two (and perhaps three) books:

1) First,  Compact, Contract, Covenant: Aboriginal Treaty-Making in Canada, (Toronto: University of Toronto Press, 2009). This is, as the folks at Active History say, probably the best book at linking the present and past together, at truly making the case for why history matters, and why Canadians ought to be aware about the legacy of broken treaty promises amongst other things. 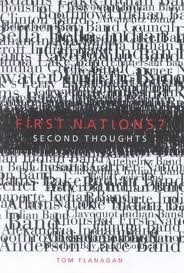 2) But then I'd recommend reading something that doesn't make it onto the other list: Tom Flanagan's First Nations, Second Thoughts (Montreal: McGill-Queen's, 2000). This book runs counter to almost everything on the Active History list, and counter to the Idle No More movement. Flanagan, of course, aside form being a historian and political scientist, is also a Conservative and a former Harper adviser. And for that very reason, you can't understand the current Canadian situation without this book.

3) Finally, it's also worth thinking about how several thoughtful people responded to Flanagan. See Annis May Timpson, First Nations, First Thoughts: the Impact of Indigenous thought in Canada (Vancouver: UBC, 2009)

Alas, more reading. But even just the first two, when read in tandem, are a good start.

Posted by Christopher Dummitt at 13:39