A Different Kind of 'Bad Debt' 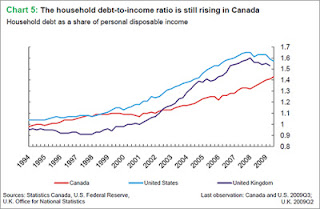 Debt has been on many of our minds in recent years. If regular student loan or mortgage payments don't shove it into your mind each month, then the economic collapse that blew out of the US real estate debt bubble in the autumn of 2008 at least meant that it has been in the news and bookshelves regularly ever since.

So much of this dripped away in the years since the Second World War. Along with state lotteries and liquor stores where you could actually see and touch the bottles (how titillating) came new and friendlier ideas to debt. The CPAC documentary series on The Fifties has a good section on this in their  episode on 'The Good Life'. They tell the story of Peoples Jewellers founder Frank Gerstein, the man who believed that everyone should have diamonds, and that he would extend credit to everyone. Just because someone didn't have $10, he said, doesn't mean they shouldn't buy a diamond. And so it went. Banks and car companies soon followed in his footsteps. We changed from a society where, as editor Clark Davey put it 'Debt was probably the single greatest sin you could commit with your clothes on' to one where almost everyone has a credit card, and average household debt is now extraordinarily high.

On the weekend, the Dalhousie historian Shirley Tillotson wrote in the Toronto Star about a great example of how our time has changed since the 1930s. She writes about the idea of 'conscience money' and relates it in a timely way to the expense claims of one sort-of Senator from PEI. It is worth a read. (see here).

Come on Shirley. Finish that book!
Posted by Christopher Dummitt at 09:21