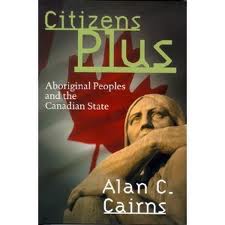 Tom Peace makes an excellent case over at Active History for why we should be seriously considering the 250th anniversary of the Royal Proclamation of 1763. Of course, he says, we shouldn't only be doing this on anniversaries, but it would be a good start.

As I noted in a post last week, there are lots of reasons why Harper and Mulcair both don't want to think too carefully about 1763 and to invoke its ghosts. 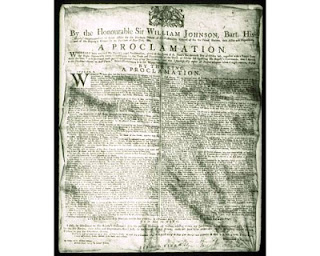 Why not 1763? I suspect that part of the answer to this is also about how the reinterpretation of 1763 as a kind of magna carta for aboriginal peoples in Canada is just that - a reinterpretation. It's a case that is being made - it's about rethinking and reshaping our history. Is it like the Charter? It might be. But if it becomes so, it will be part of a process of rethinking what the Canadian constitution consists of. In fact, in many ways, this is what Idle No More is partly about - as was the Royal Commission on Aboriginal Peoples back in the 1990s.

As Alan Cairns said back in 2000 (referring to the post White Paper period), we are in unchartered territory. The way forward isn't clearly mapped out. But it involves looking back to where we have been, and perhaps reconsidering what it meant to be there. 1763 is part of that.

Posted by Christopher Dummitt at 12:11