Academic/Popular History as it should be 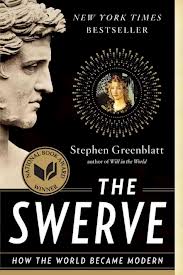 It really is possible to write academic history for a popular audience. I know it. I've just read it.

A few days ago Shirley Tillotson asked the great question, in a comment on this blog, 'Wouldn't it be great if every month there were two or three really interesting trade paperbacks on Canadian historical topics on the Globe's bestseller list?'

How about this as a model: Stephen Greenblatt's The Swerve: How the World Became Modern? (Although I note the British edition had the more accurate subtitle, How the Renaissance Began, which is itself part of an answer. I guess North American publishers assume that we won't know what the Renaissance is!). 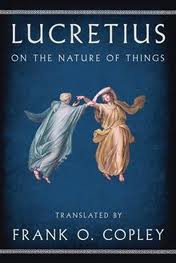 The Swerve is the best example I've read of how smart history can, and should, be written for a popular audience. It tells a deceptively simple story about the rediscovery, in 1417, of a single manuscript - Lucretius's On the Nature of Things. But in the process, it covers a world of ground, going back to the ideas of the ancient romans and greeks, not only to Lucretius but also to Epicurus before him. Going back and forth from the world that rediscovered this book in the 15th century, we learn of book culture in the Roman empire and its demise. We learn of the monasteries in which literate culture was maintained for centuries. We feel and smell and almost taste the reading rooms at the monasteries. We are sitting next to the monks as they copy these old manuscripts, being careful to only (it was hoped) pay attention to the Latin. God forbid (or St Benedict forbid anyway) that they think about the heretical ideas in many of these documents they were copying and reciting.

Up we come to the 15th century and the world of Poggio Braciolini and the other humanists who were searching for these manuscripts for the ancient world. We get a brief, poignant history of the Renaissance through this one story.

Greenblatt is splendid as he glides over the surface of academic debate. He takes in what is necessary but then continues his stride. Listen to him on the many ways in which the obsession of folks like Braciolini (and the Renaissance itself) wasn't, in fact, quite so unprecedented:

Oomph. That hurt! What does he mean? He is referring, of course, to the many other mini-renaissances, the many earlier points during the middle (not dark, no never dark) ages that had already flirted with the same ideas and practices and desires that Braciolini is bringing back to life. 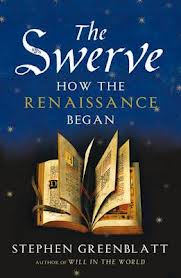 Greenblatt does his duty. He covers these many qualifiers. Then he also gets on with the business of explaining just how revolutionary this moment was. Entire cadres of academics have spent their lives on those qualifiers. They get their due: a few pages. Then it's time to move on...

This is what makes Greenblatt's book such a wonderful read. It's learned, but not academic. It tells a magnificent story. The research is rooted in years of complex academic scholarship. The story to be told, though, does something else. It tells a fascinating story. And it tells it well.


Posted by Christopher Dummitt at 16:15