Politicians, history and other types of fudge 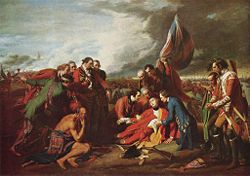 The Globe's editorial board decided that it ought to back up prime minister Stephen Harper and his use of history. When Thomas Mulcair criticized the government's use of historical commemorations as exercises in political branding, the Globe responds by calling this:

a pretty shabby characterization of the government’s wise recognition of the need to celebrate Canadian identity.

Really? Can't it be both?

Surely there is some use in celebrating Canadian identity. But does the Globe really think that anything this government does isn't also about political branding?

Of course, poor Mulcair is in a bind. He asks Harper why not celebrate 1763 and the Royal Proclamation of that year? This, as the Globe rightly states, is often now seen as a kind of Indian Magna Carta.  And so the Globe thinks Mulcair is onto something with this.

But clearly Mulcair himself doesn't want to get into too much of the historical messy detail. For in criticizing the government's war mongering historical commemorations, he's surely speaking to the left in Canada, but also particularly in Quebec.

It seems very, very unlikely, though that Mulcair would also be calling for celebrations of the other big document signed in that year - the Treaty of Paris. You know... the one where Britain fully took possession of New France... solidifying the conquest....

Something tells me that Mulcair himself isn't so keen on celebrating that fact.
Posted by Christopher Dummitt at 15:35