An update on the case between Canadian Press reporter Jim Bronskill and the government of Canada/ CSIS. If you recall, this is the case over whether CSIS and Library and Archives Canada need to open up the documents in Tommy Douglas's now very old security file.

I won't go over all the details here except to say that the case is going to live on, thanks to an appeal by Bronskill. A more general overview of the case is here.

CSIS and LAC really are out of touch. Even the the National Post's Kelly McParland is on to them. Read him on the gaping holes in the logic used by CSIS to argue why it can't release the documents:

So if it’s not Douglas that needs protecting, it must be CSIS. Again, Douglas has been dead for a quarter of a century. If CSIS is still using spy techniques that old, maybe it’s time they updated them a tad. I suspect there was little in the 1986 RCMP spying arsenal that the Russians, Chinese, or whoever it is we consider “the enemy” hasn’t figured out. Exploding pens? Invisible cars? Look, don’t tell CSIS, but Roger Moore isn’t even James Bond any more.

Posted by Christopher Dummitt at 09:30 No comments:

Why can't I walk across the farmers' fields? 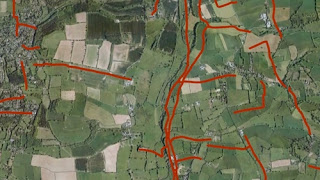 One of the benefits of being married to someone who isn't from 'here' - from Canada that is - is that you sometimes get to see how odd we Canadians are. Now, my wife is only English so we're not talking about exotic realms of difference, but differences there are.

Take 'rights of way' for example - or the absence of them. We now live in the country, amidst the farmer's fields that came to look this way at some point in the mid 19th century (not too far from where Susannah Moodie roughed it in the bush). If we want to go out for a walk, we have a couple of acres ourselves. It's good for the kids to play hide and seek, but not exactly the kind of acreage for a long ramble. The only other option is to walk up and down the rural roads, the lines separating the sections and farms. It's all quite nice but it's not at all how one would walk in England.

If we lived in Leicestershire or Devon or anywhere in England, we wouldn't be nearly so respectful of private property. Instead we would traipse through farmer's fields, next to cows (and hopefully not bulls), climbing over fences using the stiles that are put up by the farmers (sometimes grudgingly) to make our lives easier. The farmers may not always like the groups of hikers gallivanting across their property, but that's the way it is. These are the rights of way - the ancient rights of way. This is how people have walked in the past, getting between villages and across the country. They weren't put there for modern nature lovers and fresh-air enthusiasts. But we can use them now, all the same.

There might be some of these rights of way. People do have, theoretically, riparian rights-of-way - that is the right to walk along the edges of the water. But try heading up to cottage country and doing this on a July weekend and see how long it takes before you're greeted by shouts and threats.

We may be, in so many legal ways, a British country. But our colonization happened, mostly, far too late for any of these traditions to take hold before they were wiped away by modern capitalism.

Of course, there were 'rights of way' so to speak. There were others who had used the land before. But the founding of Canada was built purposefully across these other, more ancient ideas of the land and how it could be used. 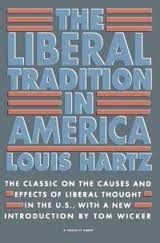 And yet, and yet, the dichotomies have more to do with the timing of colonization. It has more to do with the enforced forgetting that comes with colonization. It is the opposite of what those cultural political scientists used to say about the New World - Louis Hartz and his ilk. For them, it was all about fragments of old world culture, cut off from their original context, and heading in new directions. Yet, here it seems more likely to say that the opposite happened - in a more Turnerian fashion - that the new world context meant forgetting and obliterating the past because the past wasn't 'ours', it wasn't the ancient traditions of the right culture. Yet, when it came to the land, the settlers had in fact their own ancient, dare I say, aboriginal, conceptions of the landscape. And these, by virtue of the very fact of removal, of going outside of their original context, were not brought to the new world.

Year by year, decade by decade, as the train and then car came to shuffle people about, the very idea of 'rights of way', the notion that people's private property hadn't, in the old world, been only 'their' property, slowly disappeared, an idea no longer relevant because it was no longer lived.

Now it's a foreign concept, something to be discovered on a trip to England. Or something that someone's English wife could point out, again and again: a reminder of the exotic Canadian reality; a recognition of the wide gulf of our not-so-common language and history.
Posted by Christopher Dummitt at 12:33 No comments: 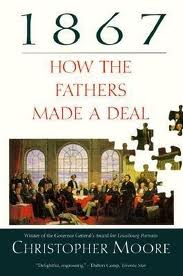 Let me chime in my support for what Christopher Moore has said about how parliamentary democracy ought to work.

On his always insightful blog, he comments on how the Australian government was forced by parliament to modify how it was going to vote on the issue of seating the Palestinian Authority at the United Nations. The prime minister and cabinet wanted one thing; the parliamentary majority wanted something else. The government had to change.

That, folks, is parliamentary democracy. It's not always pretty. It's not even always especially democratic. But that's what we have - or ought to have.

In Canada, our parliamentary majorities don't even do this much. And if you want a background primer (or some Christmas reading) Christopher Moore has you covered on that front too. Check out his not-so-new but still extremely relevant book, 1867: How the Fathers Made a Deal. No, he's not paying me to say this...

Posted by Christopher Dummitt at 22:26 No comments:

Canadian History for the Holiday? 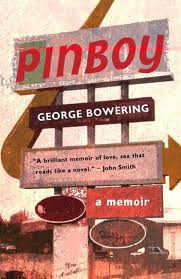 Reading through the Globe's list of recommended reads for the year, I was struggling to find much Canadian history.

Interpreting history generously, these are, according to the Globe, the best Canadian history titles of the year:

Pinboy: A Memoir by George Bowering


The Pursuit of Perfection: A Life of Celia Franca, by Carol Bishop-Gwyn
Working the Deadbeat: 50 Lives that changed Canada, by Sandra Martin
That's it for Canadian history, and mostly we're talking all about memoirs/biography! Not a history book amongst them. Really? Are those all the good history books published this year? What do you think? Any other suggestions we can give to the Globe?

On a better note, they do give a few great ideas for non-Canadian history including one that is on my wish list: Modris Eksteins, Solar Dance: Genius, Forgery and the Crisis of Truth in the Modern Age.

Posted by Christopher Dummitt at 12:17 No comments: 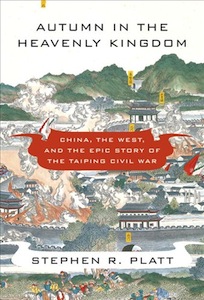 The Cundill Prize for history this year has gone to Stephen Platt for his book Autumn in the Heavenly Kingdom:  China, The West, And The Epic Story of The Taiping Civil War. [See here.]


This is a prize worth paying attention to. Started a few years ago, and based at McGill, it goes to great works of history from any region or time period. From the people who have been nominated and who have won over the last few years, the committees seem to reward great books written by smart people who are both stretching themselves and their field. These are academics who are writing books that are much more than academic books.

Personally this year I was hoping for Stephen Greenblatt's The Swerve: How the Renaissance Began but it was knocked out when they moved from the longlist to the shortlist.

I can't imagine why they don't have me as a judge....
Posted by Christopher Dummitt at 15:28 No comments: