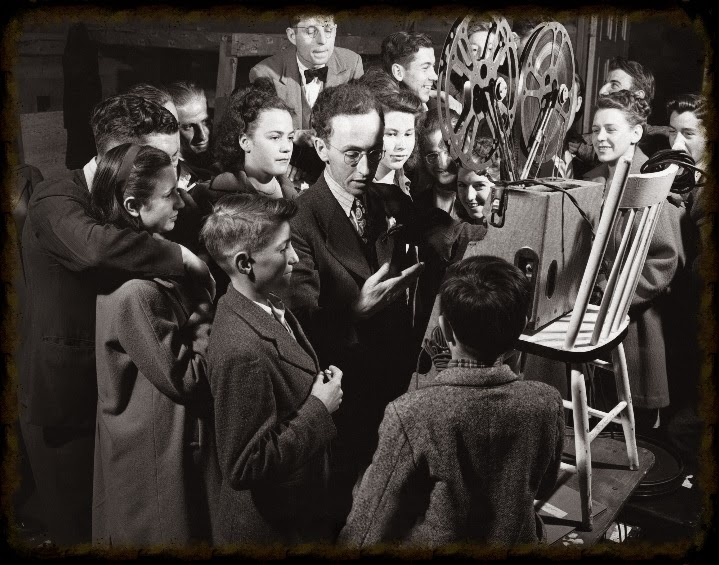 I was looking forward to watching a pre-screaming of the new NFB documentary 'Shameless Propaganda'. But, then again, I'm a historian and I would say that.

My mother-in-law isn't. She had just arrived from England and had been up for about twenty hours, having flown across the Atlantic, driven a couple of hours down Hwy 401 and then endured several hours of entertaining the grandchildren. When I sat down on the couch, called up 'Shameless Propaganda' on my computer and started watching, she didn't just drift off to sleep: she started watching too.

Shameless Propaganda is a documentary about documentaries, though it's also about Canada. And it's about Canada at an interesting moment of transition, in the middle of the twentieth century, still largely rural, suffering from the depression, where many Canadians didn't have indoor toilets or electricity. Yet a good deal of this would change, or be about to change, in the midst of six long but fast-paced war years - a time in which the NFB set out to capture the story of the country, and to convince Canadians that they were a people and that they could and should fight a war together, and do it right. 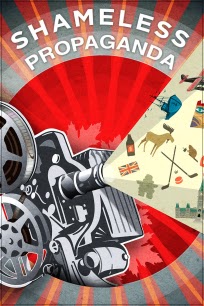 The film does a much better job of getting this all down than I shall here. In fact, I'll likely want to use it to begin a course I teach on Canada since 1945. It would make an ideal beginning - a nice glimpse into the Canada in the making at mid-century.

We get a good sense of the NFB and its founder, the swashbuckling Jon Grierson, and his progressive vision for the country, a progressiveness that ultimately probably cost him his job. In fact, it would later cost the jobs for a number of those at the NFB as they got caught up in the postwar Red Scare, a topic which the film doesn't get to.

Ironically, this film about propaganda could actually be said to be propaganda of a kind itself. Certainly it has a distinctive moralizing perspective. Much of this is entirely appropriate - its critical stance on older films about aboriginal peoples and immigrants to Canada. But just as the film says that the propaganda films of the war were silent on some issues, so too Shameless Propaganda has its own silences - mostly of what might be called political correctness, things we no longer mention. So we're told (correctly) that many English Canadians were hostile towards French Catholics and so that a particular film about a French Catholic family in Quebec would have been an original sympathetic portrayal. We're meant to be sympathetic to the reasons why some Quebeckers would have resisted conscription. But we're not told about Quebec sympathies with fascist Catholic Italy or other similarly discomfiting stories. The audience here is seemingly contemporary English Canada and we are supposed to look back and shake our heads at earlier prejudice. It's correct as far as it goes, but in leaving out some details, it's easier to catch the moral but also easier to lose sight of the much more complex moral world of the Canada that was.

The filmmakers are generally better where the historiography is better - on Japanese Canadians for example. The picture that emerges is still moralizing but slightly more complex.

None of this takes away from what is essentially a great documentary. It's simply striking that the film itself follows the path of contemporary Canada and its academic history. Our own views and prejudices, our own moral crusades, show up here too. It's not shameless propaganda, but it is also not entirely the full story either.


(Images: NFB)
Posted by Christopher Dummitt at 22:59 No comments: