Open Access, History by Committee and other failed utopias 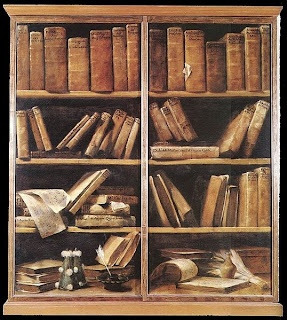 It’s not entirely a beginning; in fact, it might be the end.

I’m talking about open access publishing. There’s been a fair bit of discussion of this on Canadian history blogs over the last week, mostly over the success of Ian Mosby’s article on nutritional research on aboriginal peoples that made such news but was (temporarily and soon again to be) locked behind a paywall and so inaccessible to many.

Is this a problem? Should we have to pay to read articles? Or should they just be free? Isn’t this research paid for by the taxpayers anyway? These are the kinds of questions, discussed in a much more sophisticated way of course, that have animated discussion on various blogs including those by Christopher Moore and Andrew Smith.

For many younger scholars, though not only them, open access seems like a great idea. It’s democratic. It’s of the times. What’s not to like? Now the Times Higher Education supplement informs us of a growing movement amongst publishers to move towards open access publishing for monographs (for the non-academics who read the blog, monograph is academese for book, usually a boring book). This plan would have scholars (or their institutions, funders, etc) pay lump sums to get their books published and be freely and openly accessible.

Hooray for democracy and open access to researchers! Or maybe not.

This move only furthers trends already firmly entrenched within the academic community to leave publishing decisions firmly in the hands of academics. That is, under these models it will even more be the case that it will be academics and academic bureaucrats making decisions about what matters in a book/article, about how these should be framed, what questions should be asked, how they should be written. This isn’t new. Today in academic journal publishing, the process is almost entirely done by academics, with articles being peer reviewed by other academics. There is an editor, an academic, who supposedly (and sometimes really does) edit the article. There is an editorial board (staffed by academics) who make large decisions about the journal and the articles to be published.

For monographs (or books - they really could be books although they rarely are now) the process is also increasingly only handled by academics and editors who don’t actually edit. The only editing most books receive is copy-editing - that is, the editing that tries to get rid of typos and grammatical errors. The assumption is (largely based on finances) that this is the only editing needed for monographs.

Given the recent problems in the wider world of Canadian publishing –  the consolidation amongst publishing houses, the declining interest in Canadian non-fiction titles – this should make us worried. (Remember even Stephen Harper’s soon (ever?) to be published history of Canadian hockey is signed to a US press.) Publishing with academic presses might soon be one of the only areas where we can publish non-fiction books on Canada that are serious. And if this process is not curated, not edited, only peer-reviewed, and then ultimately paid for only when you have an institutional affiliation or have been deemed acceptable by your scholarly peers in peer review, this will be alarming and harmful.

This is especially the case in Canadian history. Historians, after all, aren’t physicists. We don’t just do ‘pure’ history only to be discussed amongst ourselves. Some of what we do is pretty much only intelligible, or interesting, to other academics. But much of what we do is or should be geared toward the public, toward the people whose society we are studying. Historians tell stories.

Open-access publishing, especially if this moves to monographs, will be a disaster for historians unless there is a serious injection of funds to institutions and to wider funding bodies. This isn’t going to happen. Welcome to a future of history only by peer-review committee. We’ve tasted it before, always as one dish alongside others. When it comes to fill the whole plate, we may decide that we’d like a different flavour now and then. But it might be too late.
Posted by Christopher Dummitt at 10:57 No comments:

The Funny and Interesting and Dusty Bookcase 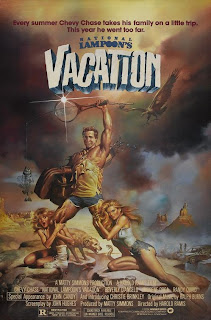 Another great example yesterday of why Brian Busby's blog The Dusty Bookcase is becoming something I look forward to read with each new post. This time it is a history of Canadian literature via the Bombardier's Guide to Canadian Authors published in National Lampoon (yes, Bombardier of the snowmobile, not the English ale, and yes National Lampoon of, you know, National Lampoon).

I learn from Kady O'Malley's CBC politics blog that more of the reconstructed debates of the House of Commons of the early Confederation years are now online. This is the project undertaken back before the 1967 centennial to reconstruct the debates of parliament from the reports of journalists in the period before official records began to be kept in 1875. The Library of Parliament now has up all of these early debates until 1873.

It's nice to have them there, and we can only hope that the others follow soon. It seems amazing that all of the debates for the whole of our history are not online.

Sadly amusing, too, to see in the first debate in parliament on 6 November 1867 that John A Macdonald is the first to speak and put forward a motion and that when he is seconded by Cartier, the reconstructed version of what happened reads like this:


Hon. Mr. Cartier seconded the motion, sup- porting it in a few remarks in French sub- stantially to the same effect as those of the Minister of Justice.

I thought I'd check out the French language version and it reads like this:


Really? Did none of the French language papers cover this debate? Could it not have been reconstructed, in the 1960s, from papers in both languages? Perhaps it couldn't, but then again, perhaps no one thought to try.

Posted by Christopher Dummitt at 05:17 No comments:

More Change at the DCB

With their great new website up and running, it looks like the Dictionary of Canadian Biography is set to make another change, though this one not so pleasant. John English, editor of the DCB since 2006, is resigning to take up a position as head of the new Bill Graham Centre for Contemporary and International History. See the details here.

Who will replace him? Big shoes to fill...
Posted by Christopher Dummitt at 14:01 No comments:

Thank you Library and Archives Canada 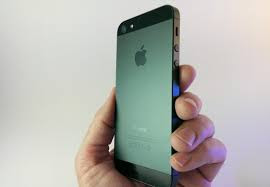 There's something about the national archives that always makes me happy. It's not any one thing - the view out over the river, the pseudo-Stalinist modernist architecture, the rare privilege of being away from the children, with the permission to be a historical voyeur for several days... it could be any one of these things. Or just some ineffable happiness that comes from knowing that I'm actually getting paid to do this. A privilege indeed.

And then, alas, there's always something that snaps me out of my reverie. Every trip.

Today it was a wrist strap for my phone. I didn't have one. But I needed one, or so I was informed. There I was snapping picture after picture of correspondence from the Pierre Trudeau fonds when some kind lady came to tell me that I needed a wrist strap.

No doubt I looked confused, but she patiently explained to me that I might drop my phone and damage the documents. Apparently all 112 grams of my iphone were going to fall on the paper and... well... you know, hurt the paper.

As she left, she looked just so pleased to have helped me.

Then later in the day I sat and listened to an audio recording of Blair Neatby, the former official biographer of Mackenzie King. He was speaking about how the archives used to treat professors. In the early 1960s, when he would come to work on the King papers for the summer, they gave him his own office! He could, if he liked, just go and pick up the documents off the back shelves, though he said he preferred to go to one of the archivists.

Me, I had to stop taking pictures at 5PM. That's when the reference folks go home. You can still stay in the archives until 11, but you can't take pictures. Can't be trusted, you see. They really are looking out for us, the good folks at Library and Archives Canada. I'm as grateful as a broken cup.


Canada has a few ghosts. Not individual spooks - collective hauntings.

Nations are imagined. We think them in order for them to be true. Benedict Anderson told us this and it's so true it's now almost a cliché to say it.

But what happens when we dream a different dream? Minds do flicker from one thing to the next. Even if the collective idea of a nation has a little more ballast, it too sways and moves, finds other moorings. We reimagine the nation.

I was thinking of this as I read Robert Fulford's acerbic look back on the era of intense Canadian nationalism in the 1960s and 1970s. Fulford particularly recalled the great George Grant and his Lament for a Nation and Donald Creighton and his grumpy anti-Americanism.

For Fulford, the silly illogic of these men is clear in retrospect. Wasn't Canada supposed to disappear, a victim of American imperialism, Liberal party perfidy and British ineptness? And yet here we still are, another Canada Day come and gone. The nation stands. Folks gather on Parliament Hill and listen to the latest pop star, endure the platitudes of the latest prime minister. In Quebec, the renters move from apartment to apartment, and in small towns like the one I live in, they wear red and white clothes, gather their kids around to look at fire trucks and tractors, and then eat some cake. Happy birthday Canada. You're still here. Where's the beer?

Only Fulford couldn't be more wrong. The Canada of Creighton and Grant is long dead. You can still sometimes see the ghostly entrails in a cranky letter to the editor, in the dreams of Tory staffers on parliament hill, and wherever you see someone flying a Red Ensign. A ghostly presence at best.

This is the Canada that celebrated Dominion Day, that admired Canada's place in the British Empire and Commonwealth of Nations, not as a kind of subservient underling (always the insult from anyone in Quebec and, as the years went by, more and more 'with-it' English Canadians) but as a nation with a British history and British traditions.

Canada is around still, but not this Canada. You'll sometimes hear hints of this, and more than that, in Harper's speeches. But even as he speaks the words, his policies are simply those of Liberal governments before him: more continentalism, more American-style liberalism, less and less of the Red Tory touch.

We don't necessarily have to bemoan this. Many might happily celebrate it. But Fulford is entirely wrong to think that just because this country with the same name still exists that it is indeed still the same country.


Posted by Christopher Dummitt at 20:16 No comments: