Magna Carta: A Tradition of Our Own 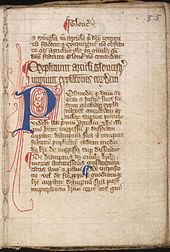 My guess is that many Canadians now know almost nothing about the Magna Carta - even many of the chattering classes. Maybe I'm wrong, but I don't think so.

It's one of the things that makes the attempts of Len Rodness to bring a copy of the Magna Carta to Canada so interesting. (see this article in the Star about it.)What would we make of it now?

The Magna Carta was the agreement signed by England's King John 1 in 1215 with the barons of his realm who rose up in rebellion and essentially forced him to sign an agreement limiting his powers. The medieval terms of the agreement were fairly narrow, but in later years it came to be part of an invented tradition of democracy in Britain, each generation using it to expand the democratic powers of parliament, a document that became powerful precisely because of its history and because it showed a very long standing tradition of limiting royal power (however limited the initial premise). 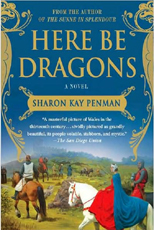 In bygone generations, English Canadians would have understood the Magna Carta as part of the British parliamentary legacy - part of the British tradition of liberty and fair play (with all of its omissions that often weren't acknowledged) that Canada inherited. In the 1950s when Liberals were busy demolishing the British symbols in Canada, much to the delight of French Canadian nationalists, and increasingly as many English Canadians didn't especially notice or bother about it, Eugene Forsey railed in indignation when Arthur Lower complained about how English Canadians took such things like the Magna Cart as a 'tradition not thine own.'

This, to Forsey, was nonsense. It was his tradition. It was the tradition of Canada.

What would we think now?

Personally, I first heard of it when I was a young voracious reader of about eleven, poring through the historical novels of Sharon Kay Penman. Good reading still, though I can't find an image from the edition I read.
Posted by Christopher Dummitt at 11:44 No comments: 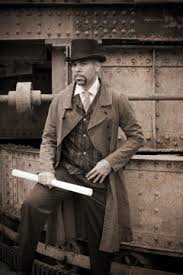 Who was Elijah McCoy? Until recently I hadn’t a clue. Probably I’m not alone.

When the good people of the 4thLine Theatre invited me to see a production of their latest play, ‘The Real McCoy, I soon found out. The play is a loosely historical and biographical story of McCoy, a black inventor, born in Upper Canada but who moved to the United States, and made a life for himself as an inventor of many things, notably a special cup that allowed steam engines to run for longer periods of time without having to be stopped every so often to be re-lubricated. If this sounds small, imagine a train trip (as the play asks you to do) interrupted every fifteen minutes by stops to re-lubricate the engines – the stops lasting longer than the journey. Sounds like commuter hell. 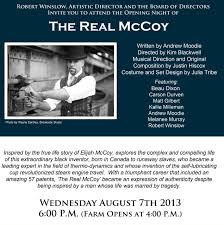 I confess that I don’t know how much of the production is historically accurate. McCoy doesn’t get an entry in the Dictionary of Canadian Biography. He shows up only briefly in Robin Winks’ history of the blacks in Canada, as one amongst many Canadian blacks who drifted south to the United States in search of opportunity in the latter years of the nineteenth century. I haven’t done an extensive search, but it seems hard to find a good deal of material on him. What’s more, the writer of the play, Andrew Moodie, admits in the program that he has taken some liberties. He wanted to get at the human story of the man’s life. In this, he more than succeeded.


This blog isn’t usually the place to find a theatre review, so I won’t go on at length of the merits of the production (there are many).

As a work of history, the play is fascinating. Written and first produced in 2006, the play makes some interesting choices. The most noticeable is to make the endemic racism of McCoy’s life only one part of the production. An intelligent and ambitious man like McCoy would have had to face racism on a continuous and ongoing basis. It would have stunted his career, blighted many of his hopes. All of this is in the play, but the play is also much more than this. In many respects it succeeds at telling a deep and universal human story – at drawing anyone in.

I found myself chuckling at a moment early in the play when the young McCoy tries to smash a puzzle his father has given him – frustrated that he can’t get it right. One of my own sons does this on an almost daily basis, especially when hungry or tired. Lego is just too much. In the play McCoy’s father shushes his anger, consoles him and says ‘Anger blinds you. You can’t see when you’re angry.’ The situation is particular; its application is universal.

As I sat in the outdoor theatre in a crowd consisting entirely of white folks, watching this play put on by African Canadian actors, in rural Ontario, it reminded me that the inclusive history that many academics practice is part of something bigger. A historical play, whatever the liberties taken, is still a history lesson – and a much more pleasant one than I could deliver in a lecture hall.
Posted by Christopher Dummitt at 14:06 No comments: