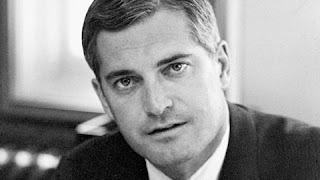 Did the folks at Mad Men base the character of Don Draper on Canada's own John Turner? 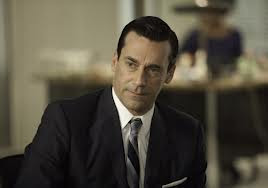 It's a ludicrous question and the answer has to be no. But I stumbled on some old videos of Turner from the 1960s on the CBC Archives, and when you watch these, you could almost think you were watching Don Draper in Canadian drag.

There's the same solid good looks, the suit comfortably worn, the confidence - a young man, of the establishment, but also an up and comer, someone who seems promising. Very different from Trudeau. He's far too clean all around. There might be much more going on under the surface, but it's the surface that counts. Another video notes how the Liberals were calling him the Kennedy of Canada.

I saw Turner in person on Tuesday at the celebration of the 50th anniversary of the election of Lester Pearson's government, put on by the new Centre for Contemporary International History at the University of Toronto. He is more than a little older now. It was good to go back and see the videos of the younger man.

And here's the mystery that I understand isn't even solved in Paul Litt's new biography of Turner (which I haven't read yet): was there romance between Princess Margaret and the young John Turner? That's what the newspapers in British Columbia were saying in the late 50s when the princess visited the province.

Who says Canadian history is boring - royalty and Mad Men in one post!

Posted by Christopher Dummitt at 21:44