In all the talk over the last year of whether the Liberals and the NDP should or shouldn't merge into one party, I haven't heard anyone mention one curious incident from the past that bears something of a resemblance to the present scenario: the possibility that a CCF leader might take the helm of the Liberals. 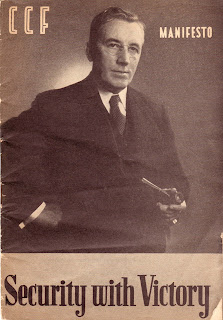 It was widely rumoured in the 1940s that Mackenzie King wanted to swallow his CCF adversaries (as he had the Progressives in the 1920s) and that his widest mouthed attempt may have been an 'unofficial-official' query to then CCF leader M J Coldwell to see if he would be willing to be King's successor.

I need to get more details on the story but one second-hand account I have read suggested that Coldwell was approached by two people, likely the Winnipeg Free Press (and very Liberal) journalist Grant Dexter and a Liberal cabinet minister close to King (likely Brooke Claxton). Coldwell was asked to come into the goverment as a minister immediately (probably as Minister of Labour - the same way King had first come into cabinet, and we all know what King thought of 'coincidences'). Then, when King finally retired, Coldwell would replace him.

How true all of the details are I don't yet know but I am most convinced by former Conservative prime minister Arthur Meighen's analysis of the scenario. Meighen's response was: 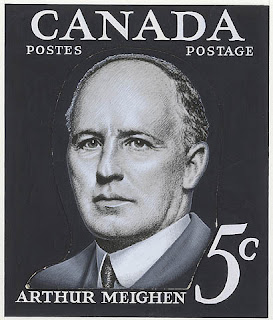 'I have never had the least difficulty in analyzing King's purpose in having Coldwell approached. It was to use this process of flattery and reward to get him coralled and thereafter rendered helpless. He had not the least thought of having him as a successor.'

This sounds like the Mackenzie King I know. Swallow your enemies whole - all in the greater interest of the nation of course...

Posted by Christopher Dummitt at 12:10