Would professional historians give us a John A Macdonald parkway?

The Tories in Ottawa are busy renaming roads and buildings after Conservatives from the past, the latest example being the renaming of the Ottawa River Parkway as the Sir John A Macdonald Parkway.

I don't personally mind this particular naming. I was, though, struck by the comments of Scott Reid, a Liberal adviser, who criticized the move. In this Globe story yesterday, he decried the partisan nature of these kinds of public monuments. He even claimed to not have liked it when the Liberals did the same kinds of things on behalf of Wilfrid Laurier when they were in office. 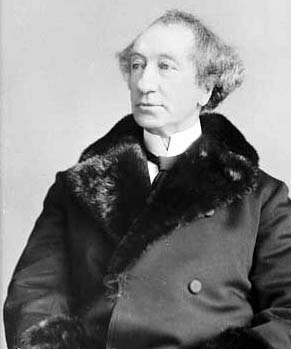 What is the solution?

Apparently Reid thinks that handing the whole thing over to a panel of professional historians would make it less political. What an amazing idea!

Don't get me wrong: I'd be all in favour of this kind of proposal. Anything which gets historians more involved and interested in public memory and commemoration - and less focused on adding lines to the cv - is good. But less political? Hardly.

Historians might be less partisan. Certainly, most professional historians I know try to keep their partisan affiliations out of the classroom and (at least directly) out of their writing. But politics is what history is all about. Aside from MPs and the ravenous group of 20 something uber-partisan ministers aids, I think it would be hard to find a group of folks who are more political than historians. Good or bad, that's just the way it is.

Posted by Christopher Dummitt at 11:44