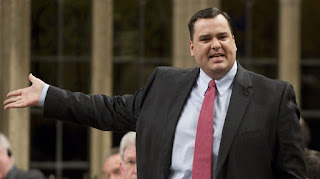 From speaking notes of Hon. James Moore, Minister of Canadian Heritage and Official Languages, on announcing the new Museum of Canadian History.


Ow! My head hurts. But I can't help but notice that he forgot one - ie 1982 - our Constitution and the Charter of Rights and Freedoms!


Posted by Christopher Dummitt at 21:44