Tina Loo has a thoughtful post over on Active History, thinking through some of the ways history teaching has changed over the last few decades. It is the death of Eric Hobsbawm that gets her thinking about how his once fresh and exciting ideas (as well as those of E P Thompson and Natalie Davis) have become a little bit 'humdrum'. 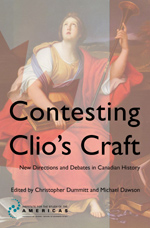 She's saying (but for different reasons) the same kind of thing that I wrote in an article called 'After Inclusiveness: The Future of Canadian History.' There I was reflecting on how the once radical calls for change in the profession had, in Canadian history, now become mainstream common sense.

Loo worries that the danger with 'this manifestation of boredom [with once exciting radical approaches/subjects] is that it threatens to foreclose the analysis of power that social historians started.'

I partly share her concern. But I'm not entirely in agreement with the prescription. It seems to me that part of the problem of the 'history from the bottom up' paradigm was that it was all about agency and power, struggle and resistance. In practice it was used by those who too readily assumed that there is/was a simple version of what good historical changes were, about what kinds of power ought to operate, etc. It assumes (though this is only a purposeful, useful generalization) that there is someone in the past with whom we should now identify.

Thinking through my own research from the past summer, I just can't agree. I spent a lot of time reading Conservatives from the late 1940s and 1950s lamenting the changing world in which they were living. To them, Canada was radically changing: we were losing the British tradition, popular forms of culture like the TV were taking people away from reading, the state was increasingly taking on more and more power and was being corrupted in the process. Now, personally, I don't identify with much of this. But I could understand that what their letters were telling me (though not really me, of course, they were writing to others!): for them, the world as they understood it was changing radically.

Yet if we look to the history from the bottom up historians version of the 1950s this is nowhere. We might get some of this from the British World historians - the switch away from Britishness in Canadian identity. But historians who write about this period talk of it as conservative and regressive. Others disagree and find some currents for change bubbling away under the surface (feminists, labour organizers, human rights advocates, etc). Yet none of this really relates to what many Conservative Canadians were thinking in the period. It's the interests of later historians reinterpreting the period for themselves.

In other words, if we are moving on from bottom up social history, and if some of this has lost its lustre, it is not only a question of something being lost. There is also the chance for gain as well, to see what this approach didn't get. And the concerns of Conservative Canadians in the early 1950s are never going to be the stuff of exciting bottom up history. But to think of them as 'the powerful' is equally untrue. Their world really was changing, under conditions not of their choosing. It's what Marx said (men making history but not under conditions of their own choosing) but not what his later historian friends care too much about.
Posted by Christopher Dummitt at 14:56