If they spied on Tommy Douglas, what else might they do? 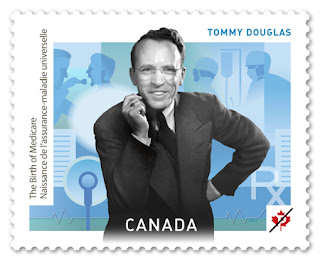 That's the question CSIS and the federal government don't want you to ask: if the RCMP and then CSIS spied on Tommy Douglas, the founder of our Canadian health care system, and someone Canadians voted as the 'Greatest Canadian', then what else might they do?

The latest episode in the saga to get the RCMP/CSIS file on Tommy Douglas is set to take place on 3 October 2012. That's when the appeal of an earlier decision regarding the Douglas file is set to be heard.

The case was set in motion by Canadian Press journalist Jim Bronskill who complained that the version of the Tommy Douglas file that he received under an Access to Information Request had been too heavily edited. This kind of cutting is typical in ATIP requests and the most common reason given for not disclosing information is the one used in this case, security concerns.


Bronskill queried how a file that is so old (this one dates back almost 70 years, though it apparently goes up until Douglas's death in 1986) could actually threaten Canada's security.

For the latest information on the case, see this Winnipeg Free Press article.

The case is incredibly important - CSIS knows it, the government of Canada knows it, and everyone interested in this nation's history (as well as civil rights) ought to pay attention. The way in which Library and Archives Canada routinely accepts CSIS deletions of material under ATIP requests is a joke. So too are the many reasons given for blanket refusals to give Canadians information about their nation's history.

A great many technical reasons (and even some seemingly reasonable moral arguments) will be brought out to argue why the government should have as much leeway as possible to delete and black out materials. Most of them, especially dealing with materials more than 30 years old, will be entirely bogus. This is simply CSIS trying to extend and maintain its powers to decide what we get to know about what it does - even to implausible and illogical lengths. It is also about trying to hide things it has done wrong in the past - to keep its history clear of the many black marks that might show up if anyone actually got to see what happened.

Of course, maybe I'm too suspicious. But the only way we'll know is if we actually get to see the documents. Good luck Jim Bronskill! (see his twitter account here for updates)

Posted by Christopher Dummitt at 14:25