The Age of Fracture (and Canadian Politics?) 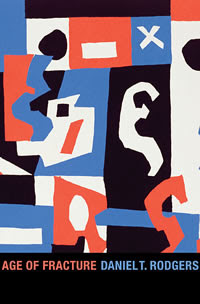 Were the Liberals really the party of the twentieth century? Was the government party really only the governing party for Canada at a particular historic moment that now seems to have ended?

Increasingly people are answering these questions with a 'yes' and 'yes'.

As to why this might be so, there isn't much agreement. But historian Kenneth Dewar has published a wonderfully insightful little essay in the Halifax Chronicle-Herald that uses the ideas of historian Daniel Rodgers (in his great book Age of Fracture that I talked about here) to explain how Canadian politics is changing.

Dewar is especially insightful in explaining how the politics of today are different from earlier decades but also, perhaps, similar in some respects to the era of John A.

Well worth a read here.

Posted by Christopher Dummitt at 16:16